Shiatsu is a non-intrusive precursor to acupuncture that is a widely practiced Japanese form of acupressure. 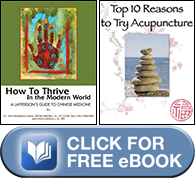 If you are ready to take charge of your health and start living your Healthiest and Best life, Full of Vitality, Vigor and Wellbeing, please complete the Become a Patient Form.

American Board of
Oriental Reproductive Medicine